The hero and heroine in my current work in progress have reached an impasse. Secrets have been revealed, deepest fears have been realized, and both are too stubborn to take the first step toward reconciliation.

Though the circumstances weren’t nearly so dire in nature, I had a similar situation with my husband a few months ago. His job frequently requires him to work during holidays, but this year he was able to get a full two weeks off for Christmas. Though we did travel to visit family during the second week, we spent most of the first week relaxing at home. Naturally, my husband decided it would be a good time to stop shaving and grow a beard. Don’t get me wrong, I like a little stubble as much as the next girl, but I’m not a fan of beards. The thought of food and nasal discharge getting stuck in it makes me nauseous.  So naturally, I had to throw down the gauntlet and respond with my own personal grooming boycott. I was not going to shave my legs until he shaved off the beard.

The challenge continued for the full two weeks of vacation. Lucky for me the fickle Texas weather cooperated and didn’t get warm enough for me want to wear anything that would reveal my legs. Lucky for him he could have cared less what anyone thought of his appearance. Imagine my chagrin when, the evening before he had to return to work, instead of shaving the thing off and admitting defeat, he trimmed the dang thing into a more professional shape and decided to keep it. 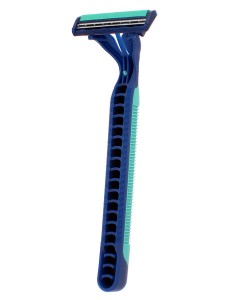 By this time I was done with the leg hair long enough to braid, so pulled out my razor and (somewhat) gracefully accepted my defeat. Yes, I totally overestimated his need to be well groomed and completely underestimated how much not shaving my legs would bother me.  My only consolation was that the kids and I managed to coerce him into shaving it off after a few days of pointing out how old he looked with all that grey in his beard. Hey, I never promised not to play dirty.

As for my hero and heroine, I still don’t know who’s going to give in first, but I hope someone does or this is going to be the longest, most boring romance novel EVER.

How about you? Have you ever reached an impasse with your significant other?

This entry was posted in Uncategorized and tagged Impasse, relationships. Bookmark the permalink.

20 Responses to At an Impasse